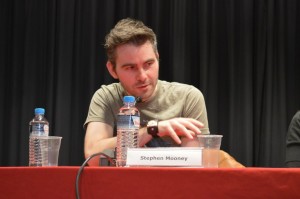 We are used to seeing most Irish writers and artists having their first work abroad in England (2000AD), before accomplishing the step on the other side of the Atlantic. How come you’re an exception to that rule?

To be honest I had very little interest in 2000AD growing up, I was a much bigger fan of European comics like ASTERIX and TINTIN, and then American comics from the age of 11 or so. I’m not the biggest sci-fi fan, so that’s probably the main reason I never read 2000AD, I think. When I fist started considering comics as a real job, I was reading books like Jim Lee’s X-MEN and Jim Aparo on BATMAN and that was the stuff I wanted to go on to do at the time.

You became known to the broader public by drawing some TV and movie licenses, such as CSI, ANGEL, A-TEAM and THE MUMMY. What are the pros and cons in this kind of comics?

Well, the big pro is that it gives you an excellent grounding and training in the monthly comics world, in that the studios are very unforgiving if those books are

late in any way, and the enjoyment factor can be low if the book in question isn’t a property that you’re particularly interested in. So it forces you to learn to be very professional very early on, and I’m very thankful for that. The biggest negative would be the likeness aspect, when the characters have to look like their onscreen counterparts. Spending a while getting a tricky likeness to look exactly right can really interrupt the flow of the storytelling and the whole thing can grind to a halt. That said, I had a wonderful time on some of those books, most especially on ANGEL with Brian Lynch and Joss Whedon, which I lobbied IDW to do. I’m a massive fan of the ANGEL and BUFFY TV shows, and I think our Angel books were a really cool follow up to those.

Aren’t licensed comics too constraining for an upcoming artist who is trying to prove himself in a new market?

Well, as I say above, in some ways that’s the test of a new artist. They are very constraining, so they force you to learn and adapt very quickly; sink or swim.

How did HALF PAST DANGER come about? 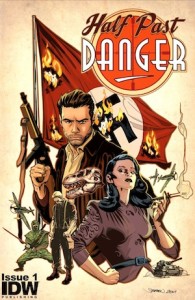 HALF PAST DANGER is the distillation of all of the genres and tropes that I loved in films and TV shows growing up. I used to spend Saturday mornings in front of the TV watching old westerns, war movies, action adventure serials and the like. I figured as a child that, if I got into comics, I’d be able to tell my own stories in those types of worlds. The thing is, when I eventually grew up and entered professional comics, nobody was making those types of comics anymore! So, about two years ago, I decided that I wasn’t truly enjoying the work that I was doing, and needed to come up with a concept that I was truly in love with, and that would inspire me to spend 18 months working on it before I saw any money or other reward. Thus HALF PAST DANGER was born.

In HALF PAST DANGER you have incorporated Nazis, ninjas, dinosaurs, spies and supermen. Was there a point in its creation you thought, “that’s too many stuff” or you wished you could put some more in there, given the space?

There were a couple of places that I pared it back, yes. My main fear when approaching the project was that the narrative could suffer if there were simply too many conflicting elements vying to take the lead, and the story would read as a total mess as a result. So I was very careful as to what to include, and what to leave out. There are plenty of elements that I decided could wait for the following two stories, and I will be introducing some of them in HPD 2 next year. But to answer your question; yes. It was a delicate balancing act!

HALF PAST DANGER was your first time in writing duties. Did you come across any problems due to lack of experience?

Only nervousness and trepidation really. Once I got into the swing of it, the writing flowed really organically. I put a massive amount of time into researching every element of the history, and many examples of writing technique. Then I put all of that aside, and just sat down for a few weeks and wrote the whole thing from start to finish. The basic story structure never changed, just bits of dialogue here and there. I felt like I knew the genre so well that I could be confident in telling my own story. With other genres, say sci-fi or romance, I’d be much more hesitant and less sure of myself. That said, I’d certainly give it a try! 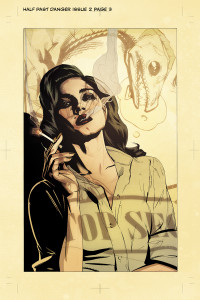 You have been posting regularly your progress for HALF PAST DANGER on your blog. Was it just for promotional reasons or did you feel that you needed some feedback?

To be honest, one of the main reasons was just to have something like that out there. I personally love following the creative process of a piece of work, be it a film or a comic or whatever. To me, it’s almost as much fun as reading the finished article. I definitely wanted it to be a promotional tool that might help to drum up interest in the project, but I mainly wanted a warts and all documentation of the entire process that could be informative to others taking the same path, and something that I could look back on afterwards to remind me of my journey.

We have heard you saying that you are longing for someone to offer you a chance at Batman. Why is that?

Because it’s Batman! I suppose these days, now that I’ve grown up a little, I’m maybe more interested in telling my own stories, rather than an adventure with the X-Men or something like that. Don’t get me wrong; I’d still love a shot at those characters. But Batman (and Catwoman, Nightwing et al) is the only character that I feel like I cannot go to my grave without tackling. He’s still the coolest comic character out there, I think.

Do you have any interesting upcoming projects that you can share with us?

I recently provided the artwork for a Wolverine one-shot book for Marvel that should be solicited soon. I’m currently working with a really excellent and well-known writer on developing a new creator-owned book. I can’t say much about it, other than I’m really excited about what a cool concept it is. That will hopefully be out in the second half of 2014, and then HALF PAST DANGER 2 at the start of 2015. All going according to plan of course! 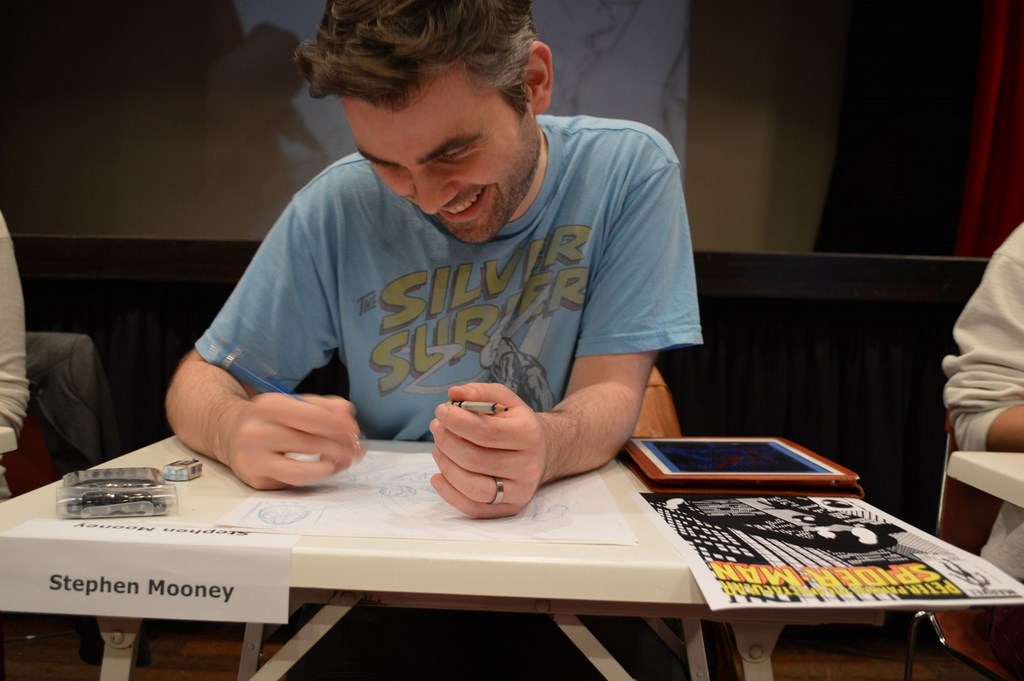