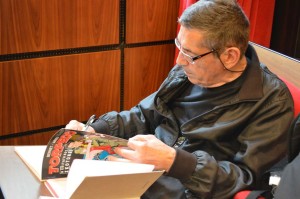 When and how did you first start reading comics?

You are Spanish but have been born in France. How is the comics industry different in the two countries? Are the chances for creators different?

It is very different. In France, comics are an institution. France pays much better than Spain, so many Spanish artists want to work for France. In Spain is difficult to earn your life just drawing or writing comics. 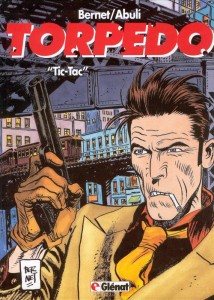 You have created a lot of important characters. Which character are you most fond of?

I’m fond of almost all of them, but the most popular is Torpedo.

You created Torpedo together with Alex Toth. It is common nowadays for artists from different countries to work together – but how hard was working with an American artist in a time without internet?

That was no problem. My publisher in that time, Toutain, sent my script to Alex Toth. I had no contact with the artist, but it was very clear since the beginning that he didn’t approve of my character, and he rewrote my text more than once. He drew just two episodes.

It changed the series in a good way. Bernet understood the character very well. With him, Torpedo became the killer we both wanted to be.

Most of your comics can be considered explicit (adult themes, nudity). Do you believe that there should be some limits that a writer should not cross?

At this point in your career do you prefer revisiting your old characters or creating new ones?

I wouldn’t like to give up none of these two options. I want to continue working on some old characters and at the same time I want to invent others.

Do you have any plans for the future or any works in progress?

Yes, I recently finished another script for the great Oswal, who drew so beautifully THE SNOW AND THE MUD, our latest work published by Panini (Spain). This time it is a Western story that he is drawing. And I am also starting another long story with Darko Perovic, with whom I have published a book of short stories.